Are you googling for Job Descriptions? Click here else read on…

Have you ever seen a host running around the casino floor on a Saturday evening? He’s heading to the pit to help break the news that this roulette player isn’t getting a comp for the buffet tonight. He took a call from one of his players as he was leaving the tables, and now he’s running for the hotel desk to greet a guest who’s just checking in. He grabs the mic on the way and makes a jackpot announcement, since a slot attendant held out a note to him as he cruised by. His radio crackles, and he’s off to the steakhouse to push back a reservation before he heads to the entertainment stage to do a promotional announcement.

Can you see him? Walking as quickly as possible without actually running, while dodging guests, trash cans, structural features, and cocktail servers. He’s hoping to make it to his destination in one piece, knowing that it’s just the next stop in what’s going to be a long night. All too often voice mails go unchecked, players’ questions go unanswered, reservations are un-cancelled, comps are left unwritten, and hosts are unfulfilled. It’s sad to think that this happens in one of the most rewarding jobs a people person can find.

Here’s how you can prevent all the “uns” from happening. Don’t ask the host team to do things that run counter to their main objective. They are employed to do one thing: get your best players to spend as much of their gaming wallet with your property as possible. If a task isn’t one that’s directly related to accomplishing that objective, it’s not a task a host should be doing.

Here are 6 Tasks that a Host should not be doing!

Imagine if you had 600 players coded to you, and your number one objective was to get your best players to spend as much of their gaming wallet with your property as possible. How would you want to spend your time? Not taking care of administration and minor service recovery.

So, work with your Player Development and Operations teams to re-assign these six responsibilities to other front-line employees.  Then challenge your hosts to exceed their goals with all their new time and some new tools! 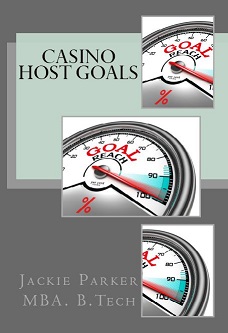